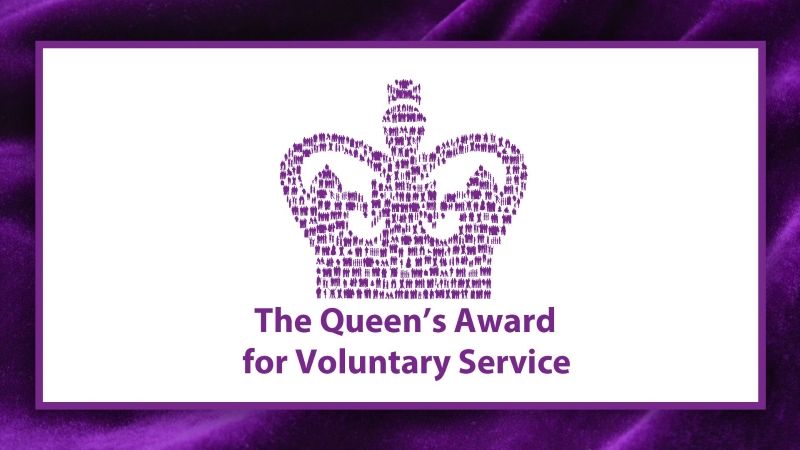 This year (2019) we have been honoured to be awarded the Queen’s Award for Voluntary Service, the highest award a voluntary group can receive in the UK.

Crowborough Community First Responders is one of 281 charities, social enterprises and
voluntary groups to receive the prestigious award this year. The number of nominations and awards has increased year on year since the awards were introduced in 2002, showing that the voluntary sector is thriving and full of innovative ideas to make life better for those around them.

The Queen’s Award for Voluntary Service aims to recognise outstanding work by volunteer
groups to benefit their local communities. It was created in 2002 to celebrate the Queen’s
Golden Jubilee. Winners are announced each year on 2 June – the anniversary of the
Queen’s Coronation. Award winners this year are wonderfully diverse. They include
volunteers helping people overcome mental health problems through sport, volunteers using caravans as mobile cafe/information centres in geographically remote locations and another group mentoring children who have a parent in prison.

Representatives of Crowborough Community First Responders attended a garden party at
Buckingham Palace last month, along with other recipients of the award, and the group formally received the award on behalf of Her Majesty the Queen, from Peter Field, the
Lord Lieutenant of East Sussex on 24 August 2019.

Senior CFR Team Leader (Paddock Wood OU), Crowborough Community First Responder’s Team Leader (at time of award) and South East Coast Ambulance Service Public Governor (Lower East & Brighton) Leigh Westwood:
We are incredibly honoured to have received this Award. I am very proud of the team who
work tirelessly in our local communities, entirely on a voluntary basis. It is tremendous
recognition of all the hard work and contribution that the team make to the success of our
charity.

Crowborough Community First Responder’s Deputy Team Leader (now Team Leader) and South East Coast Ambulance Service Public Governor (Lower East & Brighton),
Nicki Pointer:
I am full of pride that the team has received this award. I would like to thank our frontline
Community First Responders and Fundraising team for all their dedication to the community. Thank you also to the community we serve as volunteers, for all their support since our group was formed

Scroll back to top